Ivana Ljevaković-Musladin is the Head of the Food Division and Quality manager in the Public Health Institute of Dubrovnik-Neretva County (Dubrovnik, Croatia). She has an interdisciplinary academic background: a Bachelor’s degree in chemistry from the Faculty of Science in Zagreb, a Master’s degree in food analytics and microbiology from the Faculty of Food Technology and Biotechnology in Zagreb, and a Doctoral degree at the Faculty of Veterinary Medicine in Zagreb. She is an active member of the Croatian Microbiological Society, the Croatian Metrology Society, and the IMEKO TC11 Technical Committee. Scientific interests include research on Staphylococcus aureus and its implications for food safety. Professional interests include laboratory competence according to International Standard ISO/IEC 17025, especially measurement uncertainty, method verification, and ensuring the validity of results. 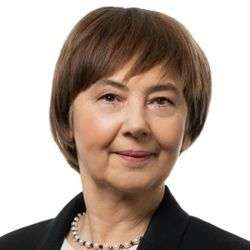 Prof. Dr. Ewa Bulska works at the University of Warsaw; she is a President of the Metrology Council in National Metrology Institute in Poland. She received a number of awards, in between Bunsen-Kirchoff Award (by Gesellschaft Deutscher Chemiker); IUPAC’2015 Distinguished Women in Chemistry, as well as  Knight’s Cross Polonia Restituta of the Republic of Poland. Her scientific interest covers the area of the metabolism of biologically active substances, including proteomics and metabolomics as well as the investigation of cultural heritage objects. She works actively in various non-profit organization, she is a member of Executive Board of EUROLAB, Vice-President of POLLAB as well as member of the Executive Committee of the Marie Skłodowska-Curie Society. She was awarded by fellowship at Max-Planck Institute für Metallforschung, Germany; visiting scientist at the University of Umea, Sweden;  DAAD fellowship at the University of Darmstadt, Germany. 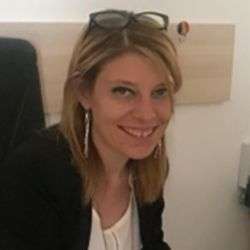 Claudia Zoani, PhD, is researcher at the ENEA Biotechnology and Agroindustry Division. Graduated in Chemistry with a PhD in Analytical Chemistry, she concluded the research activities of a second PhD in Agriculture, Food and Environment. Specialist on atomic spectroscopic and mass spectrometry techniques and Metrology, she conducts R&D activities on Reference Materials and Methods; measurement uncertainty; food quality, safety and traceability; sustainability of agrifood systems; chemical risk assessment. Scientific Secretary of the IMEKO TC23 Metrology in Food and Nutrition and member of the Eurachem WG on Reference Materials and UNI Committee General Metrology.
She is the Coordinator of the Research Infrastructure METROFOOD-RI – Infrastructure for Promoting Metrology in Food and Nutrition, included in the ESFRI Roadmap for the Domain Health and Food. In the frame of the Italian National Plan for Recovery and Resilience, she coordinates the project METROFOOD-IT, focused on “Strengthening of the Italian RI for Metrology and Open Access Data in support to the Agrifood”. 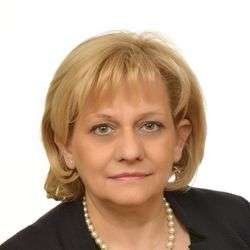 Prof. dr. Nives Ogrinc received her PhD degree from the Faculty of Chemistry and Chemical Technology University of Ljubljana in 1997. Prof. Ogrinc obtained a NATO-postdoctoral fellowship from 2000-2002 in the Department of Chemistry at Trent University, Peterborough, Ontario, Canada. This fellowship offered her possibilities to be involved in a larger research project on mercury (Hg) cycling in Canada (METAALICUS) using stable isotopes of Hg. Now, she works in the Department of Environmental Sciences at Jožef Stefan Institute as the Head of the Organic Biogeochemistry group. She is also a professor at the Jožef Stefan International Postgraduate School and was a visiting professor in Earth Science at University of Parma, Italy. Her research work is characterized by a distinctly interdisciplinary approach where she has advanced the science in stable isotopes of light and heavier elements in various fields of research, including in food authenticity and traceability. In 2019 she was awarded the “Zois award for outstanding achievements in the use of stable isotopes in interdisciplinary research”. Currently her bibliography includes 180 original papers that have been cited more than 4547 times with an h-index of 36. The excellence of her work is also evident by involvement in several national and international projects and invited lectures at international conferences and symposia. In 2020, she became a vice-president of IMEKO-TC23

Álvaro Silva Ribeiro, born in 1967, has a MSc. in Instrumentation, Industrial Maintenance and Quality and a PhD in Tech. Physics. He works since 1992 in LNEC (National Laboratory for Civil Engineering) being Head of the Metrological Quality Division and of the Hydraulic Metrology Laboratory, and Quality Manager of LNEC Laboratories. He is founder member of the Portuguese Metrology Society and member of the Portuguese Society of Physics. He is currently President of RELACRE (Portuguese Association of Accredited Laboratories), former President of EUROLAB aisbl (2015-2021), and member of several Committees, namely, in ILAC, EURAMET, IMEKO, TIC Council and in Standardization Committees. Research experience is related with Metrology, Physics, applied Mathematics and numerical computation, having research in fields related with measurement and traceability applied to civil engineering domains, namely, Aerodynamics, Flow, Seismic, Water and Waste Water management, and Quality management systems. 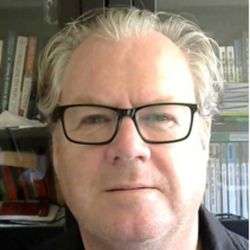 PhD in Food Science and Technology from the University of Reading UK & Habilitation in the same discipline by the Catholic University of Portugal.  Currently Reader in Food Science and Technology at the Escola Superior de Biotecnologia in Porto. His scientific background was initially in biochemistry and microbiology but he has involved himself in many areas of research in the agro-foods area. He is currently Co-Chair of the European Technology Platform – Food for Life (https://etp.fooddrinkeurope.eu/), having been, until February 2021, co-founder and Scientific Director of the National Collaborative Laboratory on Vines & Wines. Amongst other previous responsibilities he was Director of the CBQF Research Centre between 2009 -17, Chair of the R&D agency of ViniPortugal (2006-13) and Vice President of Portugal Foods 2009 – 2017. 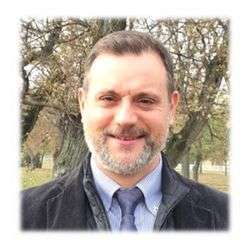 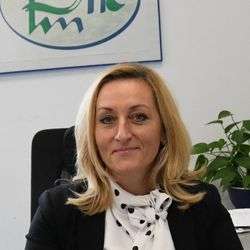 Nataša Pintić Pukec is doctor of veterinary medicine with PhD in domestic animal nutrition and feed technology elected to the scientific title of scientific associate for the field of agriculture, biotechnical sciences. She is the head of the Sector for Quality Control of Products which includes the Central Laboratory for Milk Quality Control and the Central Laboratory for Quality Control of Honey and Feed as well as maintenance tasks. Shortly after beginning of the work of the Central Laboratory for Milk Quality Control and the implementation of the milk quality control system in the Republic of Croatia she has actively participated in the development and maintenance of analytical methods, quality control and has been involved in the implementation and development of the management system according to HRN EN ISO/IEC 17025 in the laboratory. Also participated in the development of the Laboratory for quality control of feed and in the introduction, development of test methods, equipping and opening of the Laboratory for Quality Control of Honey and the implementation of the requirements of the HRN EN ISO/IEC 17025 standard in both laboratory systems. She is the contact person for the quality system according to EN ISO 9001 for the Center to Agency’s coordinator and is involved as a part of the team of Agency in trainings and workshops as part of the project “Introduction of a quality management system in the public administration of the Republic of Croatia” which is carried out by the State School of Public Administration. She is active member in the work of the three technical committees of the Croatian Institute of Standards, a member of the Croatian Dairy Association and part of the editorial board of the magazine „Mlijeko i ja“ and actively participates in the work of the Croatian Accreditation Agency as an external collaborator – evaluator for scheme HRN EN ISO/IEC 17025. Her professional and scientific work on the above topics can be read in publications in various international and national journals. 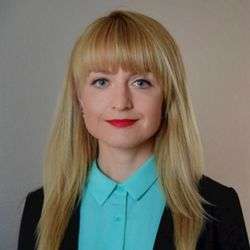 Laura Martin has been elected as EUROLAB Secretary General during the EUROLAB General Assembly 2022. Previously to this position, she has undergone various responsibilities, taking the first role in EUROLAB back in September 2013. Before, she has worked for DG CONNECT at the European Commission, as well as for other international organisations based in Brussels, taking on various roles such as Communications Manager and International Affairs Manager.She holds a diploma in Journalism, a master’s degree in Communications Studies, and a bachelor’s in Modern Languages and Translation. 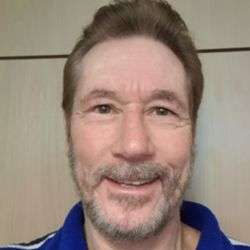 Stewart Jones has a Bachelor of Science degree with Honours in chemistry from the University of Western Australia (UWA). He has worked for the Chemistry Centre WA as leader of the Food Science Section. Stewart has held the positions of Vice President and President of the Royal Australian Chemical Institute WA Branch. Until recently he was the Senior Manager – Laboratory Operations of the Australian National Measurement Institute in WA (formerly the Australian Government Analytical Laboratories, AGAL). Over the last 25 years Stewart has managed several international projects and consultancies for the Australian Government and the World Health Organization, assisting laboratories and food industries in many Asian and Pacific countries. He is currently consulting for the Pacific Quality Infrastructure Initiative (PQII) and is the Coordinator of the Asia Pacific Food Analysis Network (APFAN). In his spare time, he enjoys walking and swimming at the beach and driving his Kia Stinger GT.

6th IMEKOFOODS will be held in Dubrovnik, Croatia from Monday 7th until Wednesday 9th of November 2022.